“When James Joyce wrote the ‘The Dead,’ which eventually became the last story in Dubliners, it was as though he sought to resurrect those whom he had buried with mockery and distancing in an earlier story for the collection, Grace. … The story was also based on an event in his father’s life, but this time instead of recounting it, Joyce began to dream it, reimagine it, and offer it a sort of grace that the previous story had significantly lacked.” 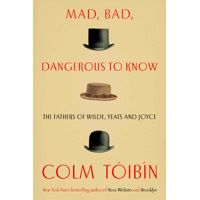