“As Mr. Gilbert prepares to leave, it is clear from interviews that things did not go quite as planned. … And it’s in doubt whether some factions of the organization really want change after all: The pathbreaking new-music happenings that marked Mr. Gilbert’s early tenure have been scaled back in scope and daring in recent years because of what he called, in a recent conversation in his studio at Geffen Hall, ‘financial pressures and, I would say, philosophical differences.'” 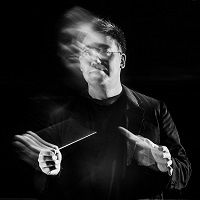