When she started teaching at LAMDA in 1955, “traditional movement training might have involved elocution, fencing and a bit of traditional dance … Trish’s genius lay in creating a methodology and approach” – which came to be known as Pure Movement – “that worked from impulse (initial mental, emotional and physical responses) and release (letting go of habits of movement), so that actors could adopt the physical signals that help an audience recognise a character on stage or screen.” 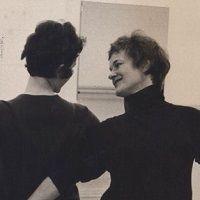