“‘He’s either going to be fantastic – or dead.’ That was the verdict of some of opera’s keenest vocal judges a decade ago when they awarded Michael Fabiano … a career-making win at the 2007 Metropolitan Opera National Council Auditions. [Now] he is one of the most exciting, sought-after singers in the world – but the fatalistic warning was still ringing in my ears a few Sundays ago when Mr. Fabiano, who likes to pilot planes on his days off, took me for a flight.” Michael Cooper white-knuckles it for us. 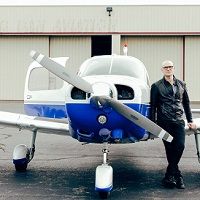