“No one ever pretended that King Kong or Bruce the Shark in Jaws were real, but they were grounded in the physical world (often by the limitations of technology), whereas now Kong is a highly sophisticated piece of digital animation in the new Kong: Skull Island, and crappily rendered sharks fall from the sky every summer on SyFy. It’s especially important for theatre that this distinction be made, because if people come to accept and even believe that what they’re seeing on screen is reality, how can theatre compete without giving itself over to holograms?” 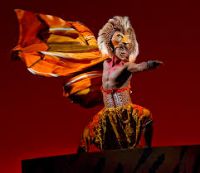