“It’s not just a question of whether you like the music, or think you like it; it’s a question of knowing that it exists. Although Glass has written 11 symphonies, [conductor Dennis Russell] Davies says that when a major American orchestra was recently approached about performing Glass, the response was, ‘But he doesn’t write symphonies.'” Midgette talks with Davies about understanding the music Glass has actually written (as opposed to what some people think he’s written). 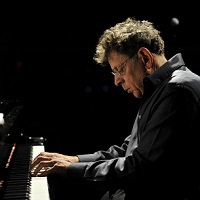