“Meade had served since March 2015 as the Walker’s artistic director, a newly created role at the museum. Prior to that, he had served for ten months as the Walker’s senior curator of cross-disciplinary platforms, another newly created role. He effectively took over as chief curator after Darsie Alexander left the institution to become director of New York’s Katonah Art Museum.” 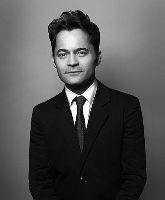