Sundance finds itself navigating some unusually slippery terrain this year. Mr. Redford, who recuses himself from programming decisions, bristles when his festival is seen as having an agenda. “We don’t take a position,” he insisted. At the same time, his top programmers, John Cooper and Trevor Groth, say they are taking a specific stance, one that is political by nature: For the first time in the festival’s history, there will be a spotlight on one theme — global warming and the environment. Their goal? 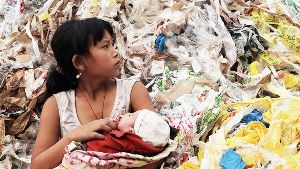