“Secular and religious, critic and journalist alike have summoned the term to deride and outright dismiss entire areas of research and technology, including stem cells, genetically modified crops, recombinant DNA, geoengineering, and gene editing. … To urge against playing God … is to convey a mistrust of scientists – and to criticize their arrogance in the face of the power and unpredictability of nature.” 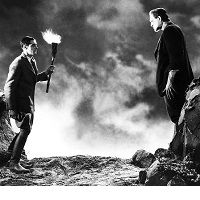