“Trumpism – a blanket term I’ll use in this piece to reference the election of the former Apprentice host, the struggle to come to grips with [the] election, and the ever-expanding list of concerns raised by his impending presidency – is such an overwhelming phenomenon that it’s … hard to ignore in a way that’s so massive, it needs to be broken down into categories to be properly understood.” So Jen Chaney does. 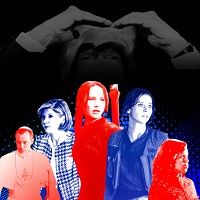