“The Sacramento Ballet board of directors has announced the company’s 2017-18 season will be the last for co-artistic directors Ron Cunningham and Carinne Binda. … It will be their 30th season with the organization.” While Cunningham and Binda aren’t fighting the decision, they’re stating publicly that the board made it and they aren’t ready to go. 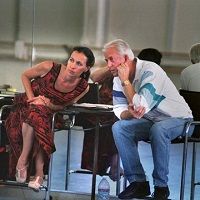