“On New Year’s Eve, the organization’s founder and executive director, Bryan Suereth, was officially dismissed by Disjecta’s board of directors, following disputes over his leadership and an eleventh-hour attempt by supporters to keep him at the helm.” Said disputes over Suereth’s leadership are by no means over, though even he and his supporters acknowledge that he can be confrontational. 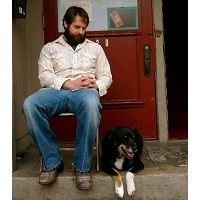