The company’s general manager says that “postponing” the new Verdi Forza del destino staging, a co-production with English National Opera, by Calixto Bieito will save the financially troubled Met $1 million. (Gelb didn’t mention that Bieito is probably the most controversial, not to say notorious, of the directors with new productions planned for 2016-17.) 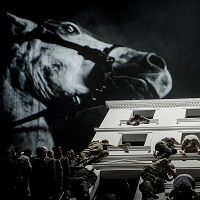