“Every major publishing house has a conservative imprint — Penguin Random House has two, Sentinel and Crown Forum — and maintains a stable of right-wing authors who may not attend literary festivals or mingle at the National Book Awards but command a sizable audience in red state America. Most mainstream publishers try to claim partisan neutrality and publish books across the political spectrum. But occasionally, publishers get dragged into a political scrum.” 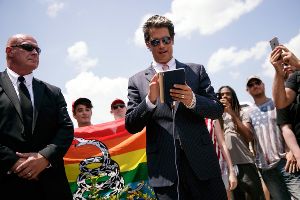