“On the same Tuesday in March that will see Mayor Eric Garcetti facing no real opposition for reelection, L.A. voters will consider Measure S (once known as the Neighborhood Integrity Initiative), which calls for a two-year moratorium on major new development projects. Its backers say new construction is out of control — and out of scale with historically low-rise Los Angeles. What they can’t quite bring themselves to say is that the measure itself is an expression of mourning for an L.A. that is already dead, a city of single-family subdivisions, highway construction, discriminatory zoning and free parking that worked (to the degree that it ever did) only as long as the region continued to sprawl voraciously at the edges.” 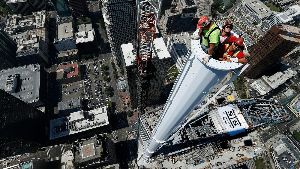