The Vatican’s flagship chorus got a bad reputation during the late 20th century (you may have heard its wobbly yelling on TV when a pope died), but Pope Benedict hired a new director to raise standards, and there’s been real progress. The choir’s only English member tells what it’s like to have a job today in what’s probably the world’s oldest vocal ensemble. 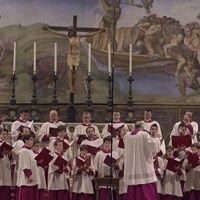