“In the last century, originality has killed one once-flourishing art form after another, by replacing variation within shared artistic conventions to rebellion against convention itself. The moment artists were taught to consider themselves superior mutant creative geniuses rather than practitioners of traditional crafts, it was only a matter of time before some would get tired of creative variation within the inherited conventions of their art and start rejecting the basic conventions. 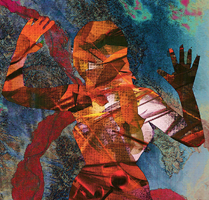