The Helen Hayes Theater has fewer than 600 seats (and had half that before a balcony was added). The Off-Broadway company Second Stage bought the venue in 2015 and is renovating it. “In the process, the theater company, which focuses on work by living American writers, is trying to figure out how best to use interior design to signal the organization’s decidedly contemporary bent in a decidedly noncontemporary building.” 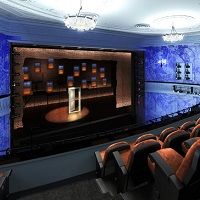