“TV is now enjoying a vogue of being cool, but the great era of TV cool was the 1950s. You could catch Miles and John Coltrane on TV, and jazz was all over its soundtracks. That and the movies were the mediums with the broadest and deepest reach in popular culture, and they brought jazz to millions in America and around the world. It wasn’t that they had to convert audiences into thinking jazz was cool, it was that jazz was inherently cool and hip, and movies and television used that to signify their own place on a spectrum of style, and even rebellion.” 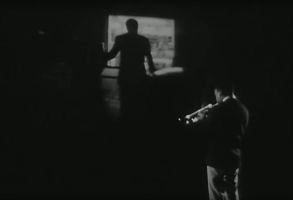