Shamel Pitts had spent seven years with Batsheva, Israel’s most famous dance company, when he created a solo work to a spoken-word soundtrack he assembled and recorded himself. A director friend of his filmed the work, and now Pitts is back in New York, touring the film and live show around the Western Hemisphere. 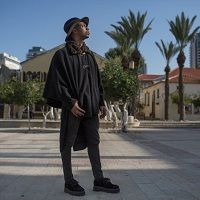