China has been buying up Hollywood assets as it develops its own movie industry. The idea is to be a global movie super-power, and given that Hollywood’s financial success now depends less and less on domestic box office and more on international ticket sales, today’s movie-makers are in the business of finding movies that translate internationally.

Don’t think you’ve seen evidence of China’s influence on Hollywood? The reason there are so many superhero movies these days is because they sell well internationally. Romantic comedies, not so much. Nor dramas with subtle complexity. Indeed, the entire mid-level tier of movie-making has disappeared because it fails to sell internationally.

But now China is getting even more ambitious, producing what it hopes will be a global blockbuster starring Matt Damon in a Chinese story. “The Great Wall,” the New York Times reports, is a $150 million production that aspires to compete with the biggest Hollywood can offer.

Before its release, expectations for the film had become as considerable as the epochal structure for which it was named. Marketing efforts included two trailers, three music videos, 60 online video ads and stunts in 260 shopping malls owned by the Dalian Wanda Group, the Chinese conglomerate that bought Legendary for $3.5 billion in January.

The stakes for what makes a movie a financial and popular success are now defined in global terms. And with the heightened expectations, we’re seeing a shift in the kinds of movies that get made (and no longer get made) by Hollywood studios. Critics say that Hollywood movie creativity is at a low point. The globalization of Hollywood product is one reason why. 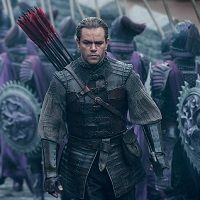