A century ago, Maude Adams was such a renowned actress that one critic described her as “the most popular person in the United States.” Peter Pan was the role that made her a superstar, and she was also famous for her Napoleon II. Yet the play she loved most was an adaptation of the old fable of Chanticleer. 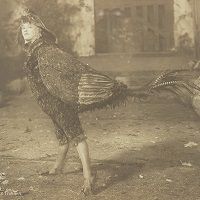