We like to talk about an “arts community” as if it’s really a thing, but in fact, art is a very personal experience, and people tend to be fans of who they like rather than the art form generally. They go to specific artists or plays or museums. New music fans aren’t necessarily interested in baroque music or opera or Mozart. The audience that shows up for the ballet is completely different from the one that goes to fringe theatre.

A study by TRG Arts of Washington DC theatre puts some numbers to the silo-ization of the city’s theatre audience. Though the number of people going to theatre generally in DC is up significantly over a decade…

… about 85 percent of the theatre audience goes only to a single theatre. In other words, they’re loyal to the place or company they like rather than the art form writ general. Each of the seven theatres TRG tracked has a specific profile:

Even beyond the core seven troupes that TRG studied, Washington theaters make it their business to be different — in style, in size and in price. Finding the portals to smoothly propel audiences from one stage to another is the ongoing challenge.

So when we talk about “the arts community” what is it we actually mean? 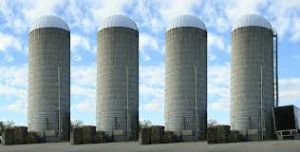