Economist Tyler Cowen has some suggestions for how he thinks national arts policy in the United States could improve under a Trump Republican Congress. A futile hope? Here were Cowen’s criteria:

First, they must save the federal government money, to appeal to the Republican Congress. Second, they should stand a chance of appealing to Trump, given his stances on other issues. Third, they should offer a reasonable chance of improving the quality of the arts in the U.S., and fourth, the arts community should not hate every aspect of the changes.

You’ve got to admire the effort to find the positive. Others have argued the arts could be a natural target since artists aren’t exactly in the sweet spot of Trump’s constituency. Federal arts funding has never recovered since the culture wars of the 1990s and it’s highly unlikely that the Republican Congress will increase that funding, no matter how small it is. But at a policy level, Cowen does have some interesting suggestions, basically proposing restoring restrictions put on the NEA at the time the budget was cut. He suggests restoring the NEA’s ability to fund individual artists, a punitive action meant to restrict funding controversial art. And he suggests killing the requirement that the NEA send 40 percent of its budget to state arts agencies so they can “regrant” it. This, he reasons, would give the feds more control of the money.

Restoring individual grants would be hugely popular in the arts community. But it’s difficult to tell if there would be support for removing the 40 percent state allocation. On the one hand, it would give the NEA more bang for its bucks, and the NEA is much more sophisticated in its operations than many state arts agencies. On the other hand, with so much emphasis in recent years on artists being more responsive to their communities, one could make the case that local agencies have a better sense of what their communities need.

“Whether you agree with his advice or not, he does raise an important issue: arts policy in the US at the federal and state level lack clear goals, and as such rigorous evaluation of the success, or failure, of their policies is near impossible. That in turn explains why the academic literature on arts policy in the US is so uncritical. What is there to criticize? What is the NEA, and in turn the state arts councils it helps to fund, trying to achieve? Without knowing that, it is not possible to evaluate whether transferring such a high percentage of federal arts funding to the states is actually a good use of funds.”

We may be at the beginning of a critical debate about what constitutes essential infrastructure in this country – what are the things that are public goods but aren’t viable as private capitalist enterprises. Trump says he’ll spend a trillion dollars on public infrastructure, but there are signs his idea is not so much to finance construction and modernization but to privatize and create tax incentives. Are the arts a public good? If even our bridges and roads are about to be privatized to pay for their rebuilding, it’s difficult to imagine the case Trump and the Republicans would make that they are. 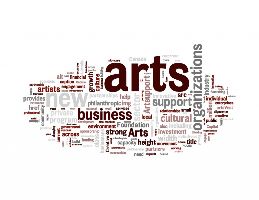