The Adams family (specifically, Abigail and John Quincy), like many of their day, saw the play as a tale of the dangers of race-mixing; white 19th-century Americans de-blacked the title role; Paul Robeson saw it as an indictment of white racism (and claimed the role for black actors ever afterward). “For more than 200 years, Americans have fought over Othello’s race as a way of fighting over the meanings of race itself.” 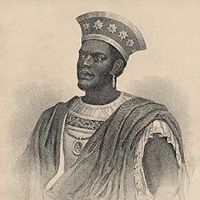