Choreographer Anne Teresa de Keersmaeker is directing the staging of Mozart’s Così fan tutte opening at the Palais Garnier late next month, and her central idea is to have a dancer doubling each of the opera’s six characters. The singing roles are double-cast, and the plan was to use six dancers from de Keersmaeker’s own company with one cast and six members of the Paris Opera Ballet (who had been rehearsing with the choreographer for several weeks in Belgium) with the other. According to a statement from the Paris Opera, de Keersmaeker has decided that, with two sets of singers involved, for practical as well as artistic reasons she wanted to set her extremely detailed direction on only one group of dancers – her own, who have been working on the choreography for more than a year. (in French; Google Translate version here) 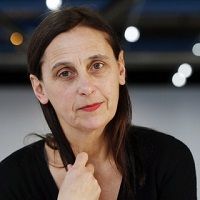