Joan Banach was Motherwell’s personal assistant for the last decade of his life (he died in 1991) and was employed by his Dedalus Foundation until 2008. That year she was fired and accused of stealing artworks of his; she responded by filing a suit claiming she was dismissed because she was a woman. 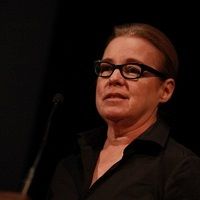