“When I read the hellfire sermon in A Portrait, I had heard some of those very words, even though I was born 40 years after the book came out. The Christmas dinner scene, with the bitter argument about Parnell between Stephen’s father and his aunt, could easily have come from many Irish tables in the 1970s and ’80s … Since corporal punishment in schools continued until as recently as the early ’80s, anyone who had the misfortune to be educated by priests or Christian Brothers (or indeed nuns) would have fully recognised the scene where Stephen is unfairly punished. It happened to us all.” 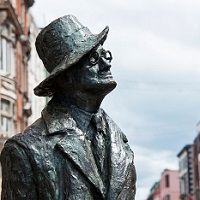