It’s a cliche of course that tools define the art. The recording industry is declaring 2016 the year that streaming became the primary way people are getting their music. But it’s not just that streaming is a vehicle. It’s changing the ways artists are thinking about their projects.

Streaming music services such as Apple Music, Spotify and Tidal are shifting not just how music is consumed, but increasingly how it is funded, created and marketed. The talk of the industry is increasingly about playlists and how labels and artists can seed their music into high-rotation mixes on streaming services to blend their new offerings with old favourites.

When vinyl ruled, musicians thought about creating albums of songs, some using the form to create series of songs that fit together or played off one another. Downloading killed the album as listeners went directly for the songs they were after.

But as streaming has become the preferred format and playlists are a thing again, artists are playing with the format.

Where downloads and playlists favored the lone song, streaming gives the artist and the album a fighting chance again. Anyone interested in a particular artist, from die-hard fans to novelty seekers, can listen to a whole album repeatedly — not just song samples, not just YouTube choices — and let subtler material sink in. Musicians don’t need to think so exclusively about what sounds, beats and structures the radio gatekeepers will allow; they can get poetic, political, sonically weird or all of the above. While big and glossy still works, it’s just possible that odd and heartfelt will, too.

And because streaming reveals precisely how people are listening, artists can see exactly what works and what doesn’t:

Because streaming services automatically count clicks, they make it possible to tabulate more precisely what people are listening to. In years past, a sale of a disc or a download revealed only that the transaction had been made. But a streaming service knows exactly how many plays every song is getting; it measures usage beyond the one-time purchase. And those streaming statistics, along with sales and radio plays, are now included in compiling the pop charts (though it takes 1,500 streams to equal one album sale purchase). The combination of sales, radio and streaming is arguably a far more accurate assessment of which music is finding an audience at any given moment. And because the music business, like all creative industries, runs on ego as well as revenue, a higher chart position is positive feedback for a star who’s thinking about taking chances.

Even better, streaming changes the incentives for listeners. Paying for individual songs as downloads tore apart the album; getting a song legally for 99 cents was a commitment, one that limited the audience for the album cuts beyond radio-approved, video-promoted hits.

Inevitably this will change our expectations about music and what artists give us. And the business model that supports music. Not a minute too soon. 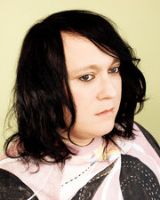