Ticket bots are the scourge of the live performance business. For popular shows, automated ticket purchasing programs buy up all the tickets within moments of them becoming available, then scalp them for a profit. For really popular shows, the scalping prices (er…secondary market prices) can be several multiples higher than the face value. This all but ensures that only the wealthy can afford to buy. Since the shows themselves don’t make any extra from the scalper sales, the scalpers take the profits. The only ones who benefit are rich ticket-buyers who can afford the higher prices. Lin Manuel-Miranda says the bots will ruin Broadway and has been campaigning for legislation to outlaw bots.

Now he’s got it, as the US Congress has passed legislation to ban bots from circumventing

…the security measures of ticketing websites, which bots often do, and would give enforcement authority to the Federal Trade Commission… Ticketmaster has estimated that bots have been used to buy 60 percent of the most desirable tickets to many shows.

But in a fight between legislation and technology, you can usually bet on technology finding ways around the rules.

The world of bots is shadowy and little understood, with much of the software being developed and even operated overseas, complicating enforcement. And there is an enormous incentive for scalping, which is legal and now largely integrated into the mainstream concert business through sites like StubHub and even Ticketmaster.

So what’s the solution? Aside from banning scalping altogether, there will be abuses, and that’s not likely.

While few spoke against the BOTS Act — the National Association of Ticket Brokers, which bars bots among its members, welcomed the bill — ticket scalping has become a standard part of the entertainment economy, and services like StubHub are often welcomed by fans for their convenience. Economists frequently endorse secondary markets as a true demonstration of supply and demand. 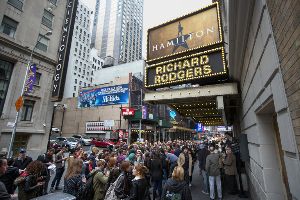