How do you calculate the value of art? In the TV and movie business, given the size of budgets involved and the number of tickets that need to be sold, the commercial business calculation is paramount. A worthy artistic project won’t get very far if the potential audience calculation isn’t right.

Of the many ways Netflix is changing the TV and movie business, calculating audience behavior might be the most revolutionary. Netflix uses an algorithm to calculate how viewers choose what to watch, what they’re watching, when, and for how long they’re tuning in.

When determining how cost-efficient a program is, Netflix analyzes its share of viewing relative to its share of the cost budget, and other factors like impact on acquisition, total raw viewing hours, critical acclaim, and awards performance.

Of course, Netflix doesn’t release audience viewership data, so competitors can’t tell which Netflix projects are doing well and which aren’t, which in itself upends the popularity charts that typically power pop culture and guides producers and studios in which projects get made.

This article suggests that Netflix is also using its viewer algorithms in negotiating how much it will offer producers for projects, though Netflix denies the practice:

Like other entertainment entities, it (Netflix) looks at things like the talent attached to a project and the audience for a particular genre to estimate how much a film or show might be viewed compared to its cost. Every project, Netflix said, is assessed differently.

But why, really? Any studio makes a series of calculations when deciding on what it will buy. Netflix, by virtue of the granular way in which it can chart audience behavior, undoubtedly has the data to be able to algorithmatize the process to its benefit. What does it say that Netflix feels the need to deny it about how we think about the artistic process? 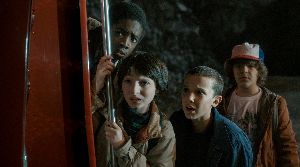