“For most of two decades, Detective Sgt. Jake Gomborow was usually the cop on the aisle. … ‘Acting under instructions, I attended the performance [of a drama titled King Hunger] … on Saturday evening, December 6th, 1924. The acting in the entire play, aside from the few vulgar and sacrilegious remarks, was weird and gruesome, and in my opinion, the average audience in any theatre would have walked out before the show was over. My reason for not stopping the performance was because it is in its first American appearance.” 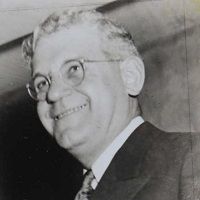