The video game industry is in the midst of a boom, with $23.5 billion in domestic revenue in 2015 — including spending on hardware and accessories — up 5% from the previous year. Popular games often gross more than Hollywood’s biggest movie releases, with “Call of Duty: Black Ops 3” raking in $550 million in three days to become the bestselling game of 2015. But one group feels left out in the cold — actors. 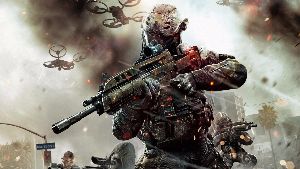