“Nicholas Serota is stepping down as director of the Tate after 28 years in charge to be the next chairman of Arts Council England. The timing of the move next February, … months after the opening of a new wing of Tate Modern (Switch House) will come as a surprise to many although there has been speculation … that such a move was on the cards.” 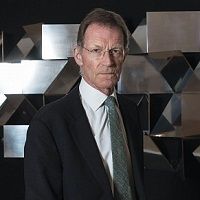