“What is disappearing, some say, are the light classics that once were staples of mainstream classical concerts that, around the middle of the last century, migrated to pops” and which pops orchestras have now abandoned in favor of classic rock and the like. Says conductor John Mauceri, “If you’re going to do a Mahler symphony as the centerpiece of a concert, you don’t have any room for von Suppé or Offenbach.” 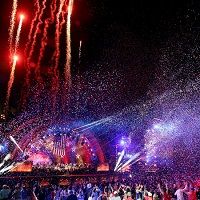