“The past several years have marked a revival for the Cambridge theater, which in 2008 was mired in financial and artistic distress. Since then, the ART has doubled its revenue as it launched 10 plays and musicals that ended up in New York, a record pace for the theater. The shows have won a bevy of Tony awards, notice that’s led to regular sellouts of its 534-seat Loeb Drama Center.” 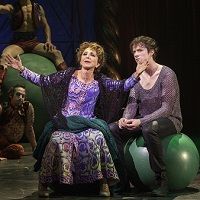