“Five booksellers from Hong Kong’s Causeway Bay Books disappeared in 2015, of whom Lam [Wing-kee] was the fourth to reappear (leaving only one, Swedish citizen Gui Minhai, still in PRC custody). … Reactions since Lam’s release have been mixed. On June 17, he led thousands of protestors through the streets of Hong Kong.” But the three others who were held and have been released have accused Lam of lying. 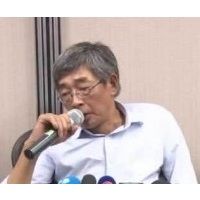