“Considered with previously known records, [the scholar who found the evidence] argues, the documents suggest both how deeply invested Shakespeare was in gaining that recognition – a rarity for a man from the theater.” And some argue that this evidence proves that William Shakespeare of Stratford-upon-Avon really did write those plays. 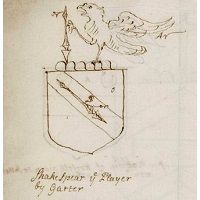