Lab tests did show that the papyrus fiber is ancient, and that the ink could be as well. But journalist Ariel Sabar wanted to investigate the fragment’s chain of ownership – and he “uncovered more than I’d ever expected – a warren of secrets and lies that spanned from the industrial districts of Berlin to the swingers scene of southwest Florida, and from the halls of Harvard and the Vatican to the headquarters of the East German Stasi.” 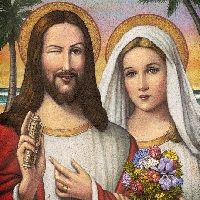