“The possibility that sci-fi could be breaking in favor of the near-future is especially surprising, given that prophetic boldness has often been seen as one of the genre’s signal features. If, as the critic Northrop Frye has argued, the job of science fiction has been ‘to imagine what life would be like on a plane as far above us as we are above savagery,’ what does it mean that so much recent sci-fi has been taking place on a plane that’s relatively proximate to ours?” 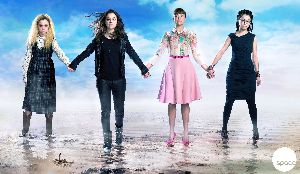