“Even though they worked hard at sanitising the letters, the family still worried that too much had been revealed. A year after the edition appeared Alice wrote to her son Harry: ‘People are putting a vile interpretation on his silly letters to young men. Poor dear Uncle Henry.'” Henry James, that is. 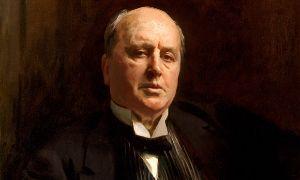