“The book that fits the title of ‘Great American Novel’ is often debated, with contenders including Herman Melville’s Moby Dick and Jonathan Franzen’s Freedom. Yet what elements would make up its equivalent across the Atlantic – the ‘Great British Novel’? This video attempts to answer that question – through the words of a few authors who made the top 25.” 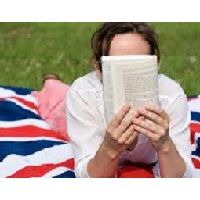