“In brief, the young and promising Cuban-American artist fell to her death in September 1985 from the 34th-floor window of her Greenwich Village apartment; her newlywed husband, legendary sculptor Carl Andre, was indicted, tried and eventually acquitted of her murder. His defense attorney argued, among other points, that Mendieta had committed ‘sub-intentional suicide.’ … Ana Mendieta’s backstory is, finally, being overshadowed by her growing artistic legacy. It may have taken the art establishment years to find her work, but once it did, the response was what Mendieta seems to inspire, generally: devotion, even obsession. 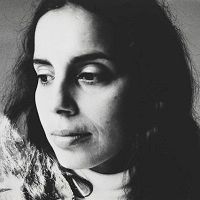