“An influential and entertaining opera critic who amused, informed and infuriated his readers and editors in almost equal measure … He was the editor of Opera magazine from 1986 to 1999, and, at various times, opera critic of Harpers & Queen, The Spectator and The Times; he also contributed regularly to the Building a Library slot on BBC Radio 3, among many other programmes.” 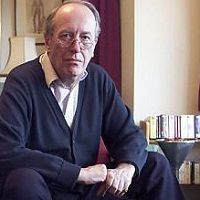