“A faded fragment of papyrus known as the ‘Gospel of Jesus’s Wife,’ which caused an uproar when unveiled by a Harvard Divinity School historian in 2012, has been tested by scientists who conclude in a journal published on Thursday that the ink and papyrus are very likely ancient, and not a modern forgery.” 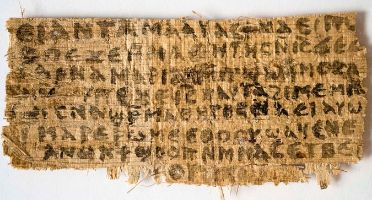