Louis Menand: “People who imagine Updike as serenely aloof from the world of his contemporaries, afloat in a bubble of New Yorker fame and public adulation, are missing the point of much of what he wrote. You might think that the Cheevers and the Pynchons had the better side of the argument about postwar American life, but you can do that only if you start by taking Updike seriously.” 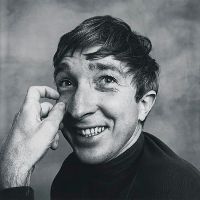