You are here: Home / Archives for hollywood bowl

THE minimalist composer is the latest subject of my Influences column in the Los Angeles Times.We spoke about his teacher Nadia Boulanger, sitar player Ravi Shankar, composer/philosopher John Cage, Gandhi and Allen Ginsberg, who Glass got to know well.I mentioned to Glass before we started to talk for real that I had a new respect for anyone who wrote music since I'd started a very amateur study … END_OF_DOCUMENT_TOKEN_TO_BE_REPLACED 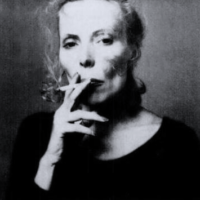 YOU'LL get less of the introverted poet of Blue and only a hint of the lipstick-and-beret chanteuse of Court and Spark. Instead, Wednesday night will summon the jazz phase Joni Mitchell went through in the mid-to-late '70s. HERE is  my LA Times story on the Hollywood Bowl show, Joni's Jazz, which will include all kinds of good people -- including Herbie Hancock, who recently took some … END_OF_DOCUMENT_TOKEN_TO_BE_REPLACED

THE other morning -- it was the 4th of July -- the phone rang. It was Eddie Izzard calling from England. I'd had no caffeine yet. And due to the holiday -- on a Monday no less -- and a kid who'd just gotten out of the emergency room, I'd completely forgotten that he'd be calling.Yikes.But Izzard ended up being a perfect gentleman and we spoke for a while about his career and the figures who'd … END_OF_DOCUMENT_TOKEN_TO_BE_REPLACED

IS there a more annoying song from the 1980s than "Don't Worry Be Happy"? Maybe -- a lot of bad childhood memories are now flowing back, some of them involving George Michael -- but not one of my favorite number from that low dishonest decade.Debut LPHERE is my brief LA Times exchange with the man who helped revolutionize jazz singing and has made an impact in the classical world as well. (He also … END_OF_DOCUMENT_TOKEN_TO_BE_REPLACED

EVERYTHING was nicely lined up -- and then the sky started falling.         “The week before the filming was about to start,” Sofia Coppola recounts, “the studio changed the deal, and it fell through. And my dad came to the rescue; our French distributor got involved… But it was really nerve-wracking. It’s stressful enough, already, making your first film.” Who needs a funding disaster on top of … END_OF_DOCUMENT_TOKEN_TO_BE_REPLACED

IT'S been four years since the Glasgow indie rock band Belle & Sebastian came to America. I remember that show, in which they were accompanied by the Los Angeles Philharmonic, in part because of its sheer wonder. Also, because my wife and I were such fans we left our newborn son -- less than a full month old! -- to see the group. (Yes, we got a sitter.)Belle & Sebastian of course, are a band that … END_OF_DOCUMENT_TOKEN_TO_BE_REPLACED

ON Saturday night I was lucky enough to catch these two bands at the Bowl. Both exceeded my expectations.Grizzly Bear, a Brooklyn group with a bearded-hipster following and a knack for Pet Sounds derived vocal harmonies, has long been an enigma to me: I got their debut LP before it came out, and it literally destroyed my wife's car stereo even before we could hear it. But some of my most dedicated … END_OF_DOCUMENT_TOKEN_TO_BE_REPLACED

Because seasonal change tends to be pretty subtle in Southern California, summer doesn't officially begin for me until the first show at the Hollywood Bowl. Last night's performance was dedicated to retro-minded guy-girl duos: The Bird and the Bee, She & Him, and the Swell Season. The evening, at the end of what was by far the hottest weekend of the year, was very fine without being especially … END_OF_DOCUMENT_TOKEN_TO_BE_REPLACED

Pavement, arguably the finest indie-rock band of the '90s, has reunited for a spring and summer tour: I saw a very focussed and often wonderful show in Pomona, Calif, last night -- those guitars still sound so alien and familiar at the same time -- they will be at Coachella on Sunday, and a Sept. 30 Hollywood Bowl appearance has just been announced.This was, of course, the unsentimental kind of … END_OF_DOCUMENT_TOKEN_TO_BE_REPLACED

GLASS, who makes his Hollywood Bowl debut this week, discussed his film work with me recently.“Here’s an interesting experiment,” he said. “Play a film, any film, and then change the music. The film looks different. Then take the music, and change the film – the music doesn’t change. It’s astonishing. What does it tell us? When you put the two together, the core may be the music. Bernard Herrmann … END_OF_DOCUMENT_TOKEN_TO_BE_REPLACED

Here is some information on my book, which Yale University Press published in 2015. (Buy it from Powell's, here.) Some advance praise: With coolness and equanimity, Scott Timberg tells what in less-skilled hands could have been an overwrought horror story: the end of culture as we have known … END_OF_DOCUMENT_TOKEN_TO_BE_REPLACED