Pavement, arguably the finest indie-rock band of the ’90s, has reunited for a spring and summer tour: I saw a very focussed and often wonderful show in Pomona, Calif, last night — those guitars still sound so alien and familiar at the same time — they will be at Coachella on Sunday, and a Sept. 30 Hollywood Bowl appearance has just been announced.

This was, of course, the unsentimental kind of Gen-X band that was not supposed to go in for a Boomer style reunion. My story in Saturday’s LA Times is HERE.
Reunions typically take place for financial reasons, of course, but also because of warm, gauzy feelings between fans and the bands themselves. They’re the feelings that provoke Bic-lighter choruses, power ballads, and “farewell” tours with band members hugging. But punk – and the indie bands that took their cue from its idol-smashing style – was dryer-eyed.
“If you take the music of the Pixies and Pavement, you have some of the most unsentimental music imaginable,” Jeff Gordinier, a Details writer and author of the Generation X manifesto “X Saves the World,” told me. “A lot of Gen X music aims to eradicate sentimentality, which they associate with a Boomer sense of self-inflation and a utopian view of everything from saving the world to romance.”
Pavement was different. Their songs seemed to mean nothing, or everything: Unlike classic-rock bands that intoned lyrics about love and loss with poignant emphasis, Malkmus sang earnestly only when he got to the most nonsensical part of the song: “Praise the grammar police, set me up with your niece.” On the words that seemed to matter, he was as flatly detached as the band’s Sonic Youth-inspired guitar tunings.
In another break from ‘50s and ‘60s tradition, they didn’t come from a music scene with its layered traditions – Liverpool, Memphis, Minneapolis – but rather, seemingly simultaneously, from Stockton and Brooklyn, and the University of Virginia, where some members bonded over the arcane collection at the college radio station.
Some of what’s going on is just the inevitable return of a band people liked the first time and miss a decade later – just like any other rock reunion. After all, pining for the brighter moments of one’s past is not unique to any generation or musical ideology: We all feel it. Throw in wars and a recession and we may feel it more than usual. 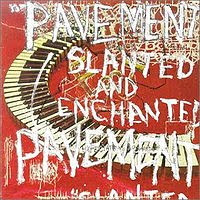 But longing for a band like Pavement can signify a yearning for something broader: a craving for the days when the indie ethos seemed to be taking over the world, when Nirvana and Teenage Fanclub were giving Boomer icons a run for their money. It stirs indie-centric Xers like nothing else.
“Today, for a lot of us, the music we hear in the mainstream, at the Grammys, is just schlock,” says Gordinier, who is 43. “For a time, bands that mattered were on the radio. I don’t think it ended when Cobain died. I think it ended with Hansen – then we saw N’sync and Britney Spears, the revenge of the boy bands and bubblegum. The indie ethos just evaporated; it was rendered moot.”
Gen X nostalgia, then, is essentially different from the earlier brand, in that it’s private, sub-cultural, instead of the mass-marketed public group hug that marks the Boomer version. This is different from, say, another Crosby, Stills and Nash reunion, Gordinier says. “Even though Pavement is doing a reunion tour, 99 and 3/4 percent of the country have no idea it’s happening. It’s for the people who were into it. It’s not gonna be referenced on ‘American Idol.’ ”
And because the songs haven’t been played to death, they’re retained some of their mystery. “Wanting to experience that mystery,” Gordinier says, “is a very different impulse, I think, than wanting to wallow in nostalgic bathos.”
Last night’s show, by the way, included most of the obvious college-radio hits, as well as nearly all of Slanted and Enchanted. Can’t wait to see em at the Bowl in September, where they will play with Sonic Youth.

Here is some information on my book, which Yale University Press published in 2015. (Buy it from Powell's, here.) Some advance praise: With coolness and equanimity, Scott Timberg tells what in less-skilled hands could have been an overwrought horror story: the end of culture as we have known … END_OF_DOCUMENT_TOKEN_TO_BE_REPLACED