YOU’LL get less of the introverted poet of Blue and only a hint of the lipstick-and-beret chanteuse of Court and Spark. Instead, Wednesday night will summon the jazz phase Joni Mitchell went through in the mid-to-late ’70s. 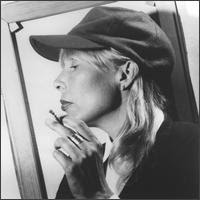 HERE is  my LA Times story on the Hollywood Bowl show, Joni’s Jazz, which will include all kinds of good people — including Herbie Hancock, who recently took some well-aimed criticism about the pedestrian nature of the Bowl’s jazz offerings — Glenn Hansard, Aimee Mann, Cassandra Wilson and Wayne Shorter.

I enjoyed speaking to several of the above — though I must admit Shorter and I got lost walking down memory lane a bit: He mused about his years in the army, during which he met Lester Young at a mid-’50s Canadian gig (Pres took him downstairs to the wine cellar to see if they could find better cognac than what they were serving at the bar) and raving about the open-mindedness of European jazz fans. (“The crowds — they’re poppin’. All the generations; 13-year-olds into really out stuff. Really feeling it.”)

Michell’s jazz period included the album The Hissing of Summer Lawns — which has what we’d later call “world music” touches and which will be performed in its entirety at the Bowl — and ends with her tribute to bassist/composer Charles Mingus, who died a few months before its release. (Though some very good people play on Mingus, its fusion vibe makes it a lost opportunity for me.) 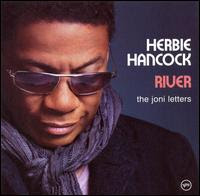 Mitchell is of course a major figure and innovative guitarist — Richard Thompson is fascinated with her alternate tunings and his old band Fairport Convention covered “Chelsea Morning” and “I Don’t Know Where I Stand” — who I find it easy to like and hard to love. I’m happy for the the Bowl concert — which has a mix of the usual suspects and some imaginative choices — to change that.

Here is some information on my book, which Yale University Press published in 2015. (Buy it from Powell's, here.) Some advance praise: With coolness and equanimity, Scott Timberg tells what in less-skilled hands could have been an overwrought horror story: the end of culture as we have known … END_OF_DOCUMENT_TOKEN_TO_BE_REPLACED