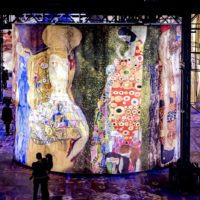 Instead of relaxing into the New Year and creating the annual column about the favorite things of the last 12 months, we went to Paris. Yes, we saw a lot of art in a week. Every walk is a gallery stroll, even if you never go inside. But we did go inside: Fondation Louis Vuitton for BASQUIAT and the Gehry building, JR at Maison Européenne de la Photographie, a concert at … END_OF_DOCUMENT_TOKEN_TO_BE_REPLACED 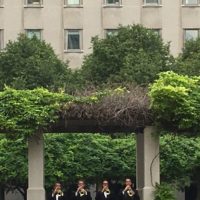 Music first. It’s such a simple idea. Last night I went to a symphony choral event: the Cincinnati May Festival with the symphony, a huge chorus, and some soloists. As we took our seats, the players were already onstage, as usual. We noticed the chorus filing onstage, a few minutes later the soloists wandered on too, then the concertmaster, and finally the … END_OF_DOCUMENT_TOKEN_TO_BE_REPLACED 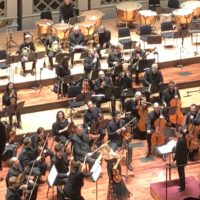 Anne-Sophie Mutter was playing the gorgeous slow movement of the Beethoven Violin Concerto with the Cincinnati Symphony Orchestra when she.... suddenly lowered her instrument and stopped playing. The conductor turned and stopped—and then the orchestra stopped. And ASM started speaking to a woman who was sitting in the front row: "Either you put your phone away or I … END_OF_DOCUMENT_TOKEN_TO_BE_REPLACED 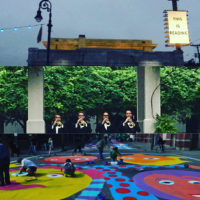 When Doug McLennan asked me to write a description for my blog that ArtsJournal would begin hosting in 2017, I thought about the topics which move me to spend time writing—the things that I feel sufficient passion to write about without compensation. There’s no employer, no client, no contract, and no deadline. Looking at the writing I’d been doing for my own blog at … END_OF_DOCUMENT_TOKEN_TO_BE_REPLACED 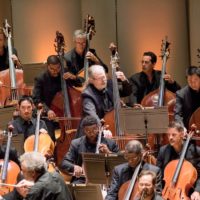 Today, a man elected last November is othering United States citizens, POC in Puerto Rico. We should stand up to that because it's important to call out our outrage—even though he won't be likely to stop. There are places where we have the power to make a difference—and it's a big miss (at best) when we don't use it. Like.... We hear all the time that the classical … END_OF_DOCUMENT_TOKEN_TO_BE_REPLACED 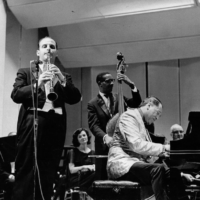 The Importance of the Familiar You know how it feels when you unexpectedly hear a familiar piece of music—any kind of music? You get that jolt and you say, oh I love that song/piece. Or you say, wait, I love that, what is that? And maybe you hit Shazam on your watch or phone to confirm what it is and listen again. There’s some evidence that familiarity increases … END_OF_DOCUMENT_TOKEN_TO_BE_REPLACED 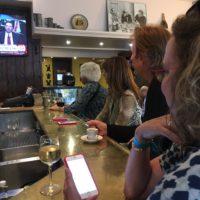 On the day of the Comey hearing, we sat in a bar in Paris watching CNN. Lordy, that was a lot of talking. As if to balance that experience, we went to a piano recital in Théâtre des Champs-Élysées, the first art deco building in the city. It’s a fine and intimate space for about 1900 people. That night it was full—the concert appeared to be sold-out. The audience was pretty … END_OF_DOCUMENT_TOKEN_TO_BE_REPLACED 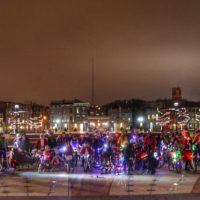 Waaaaaay back in 2011, as communications and research VP of a newly re-launched arts funding organization old enough to be an antique, I devised (with friends and colleagues) a bike ride that we named The BRIGHT Ride. The idea was to bring people together with a free, fun, flat, slow ride that would create a surprising, moving spectacle of shiny, sparkling people … END_OF_DOCUMENT_TOKEN_TO_BE_REPLACED

Margy is an advocate for creating community through the arts. She is a Senior Fellow at Topos Partnership (a national strategic communications organization), founder and Serendipity Director of Art … END_OF_DOCUMENT_TOKEN_TO_BE_REPLACED

The Bright Ride is an actual event that I dreamed up and organized with friends. People decorate their bikes (and themselves) with lights and other things that sparkle and glow, and ride … END_OF_DOCUMENT_TOKEN_TO_BE_REPLACED